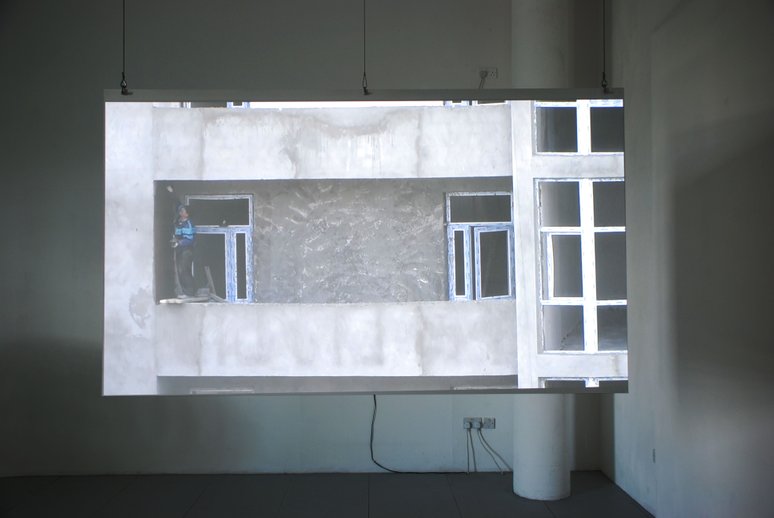 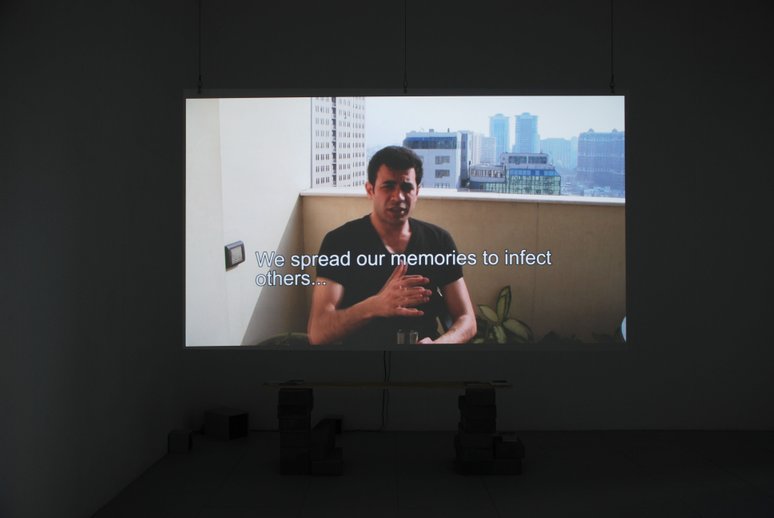 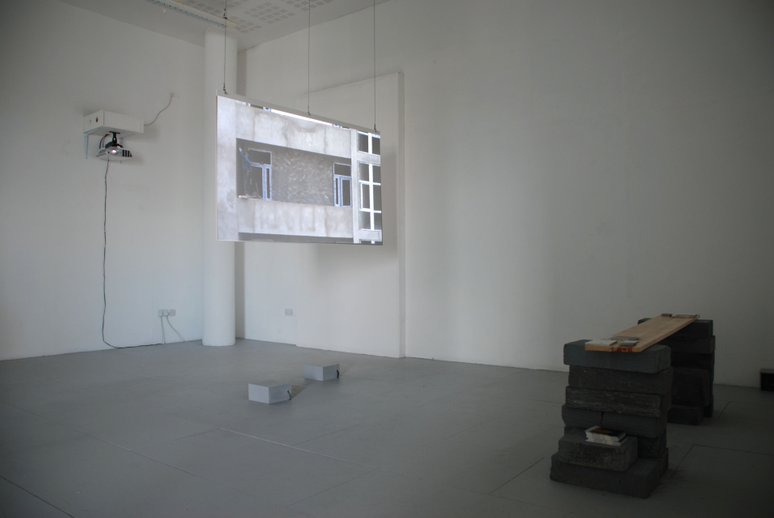 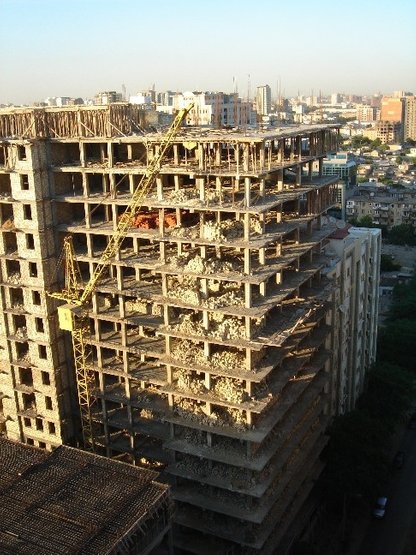 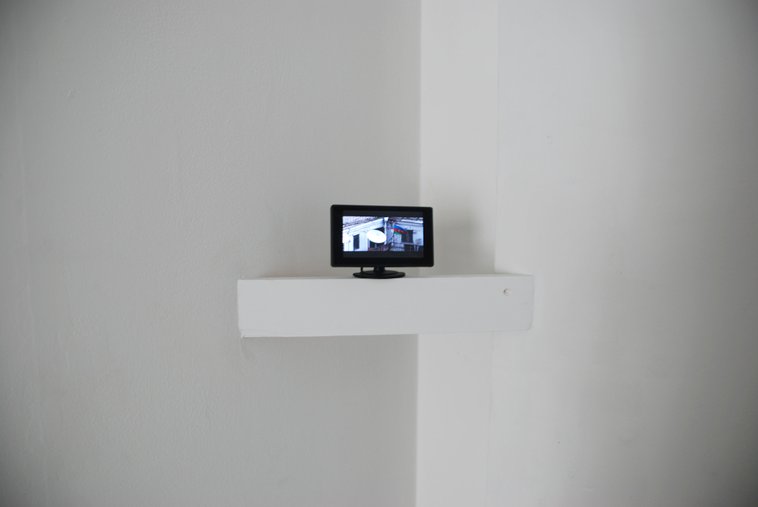 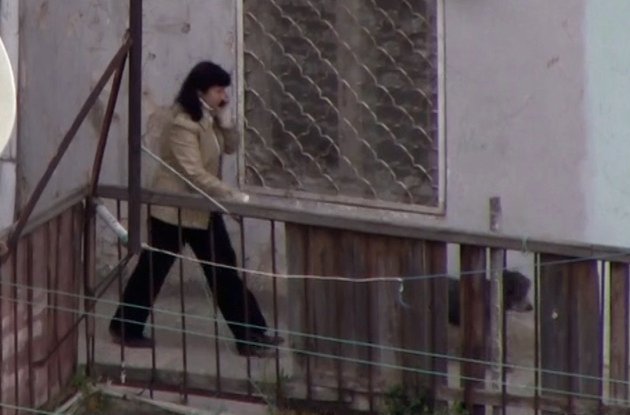 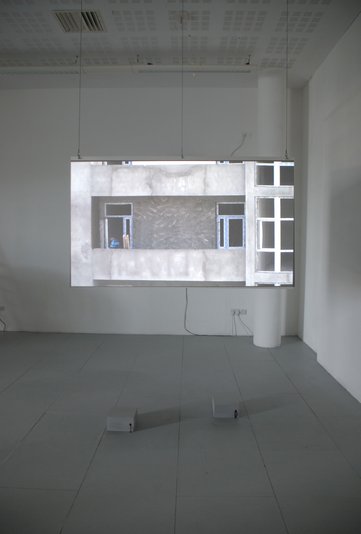 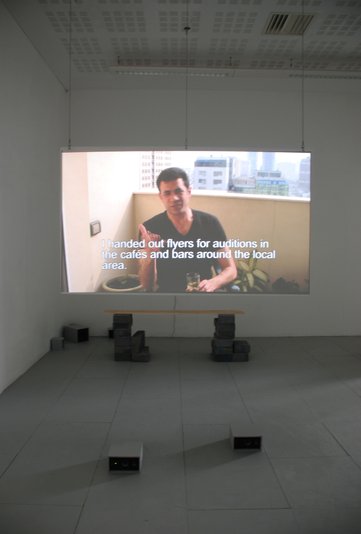 Bench made from breezeblocks and timber.

Part I: Footage of a man plastering a building plays whilst a narrative of a building collapse is subtitled.

Part III: A woman walks in, and out with a dog.